Opting Out and Truancy: A Hollow Threat or Big Stick?

Home/Opting Out and Truancy: A Hollow Threat or Big Stick?/Articles•STAAR | EOC Testing

Opting Out and Truancy: A Hollow Threat or Big Stick?

A recent tactic by school districts faced with opt out requests has been to not so subtly suggest to parents that if they keep their children home on STAAR administration and make up days, the schools will report the parent to the appropriate agency for institution of truancy charges. Truancy courts have become an increasingly common tactic used by courts to compel the attendance of the child in the public schools. The charges are criminal in nature and pose the risk of fines up to $500. For that reason, it is important that parents keeping their kids out of school for STAAR testing days be aware of the specifics of their district’s policies. Because each district can have local attendance policies, this article cannot be used for specific advice about your district. However, each district must adhere to the minimums established by the state law. If your absences comport with the state law, districts must recognize them. So what do parents need to know?

1. Truancy charges can only be based on unexcused absences. As a result, you must know what types of absences are excused. The Education Code provides certain absences that MUST be excused, and other types that may be excused at the district’s discretion. This article deals only with the absences that state law requires to be excused. Under section 25.087 of the Education Code, they are as follows:

(b) A school district shall excuse a student from attending school for:
(1) the following purposes, including travel for those purposes:
(A) observing religious holy days;
(B) attending a required court appearance;
(C) appearing at a governmental office to complete paperwork required in connection with the student’s application for United States citizenship;
(D) taking part in a United States naturalization oath ceremony;
(E) serving as an election clerk; or
(F) for a child in the conservatorship of the Department of Family and Protective Services, attending a mental health or therapy appointment or family visitation as ordered by a court under Chapter 262 or 263, Family Code; or
(2) a temporary absence resulting from an appointment with a health care professional if that student commences classes or returns to school on the same day of the appointment.

Most of these excuses are unlikely to coincide with a specific STAAR administration. However, for parents who are Catholic (or Eastern Orthodox) there is a “holy day” almost every day, as one saint or another is commemorated by the Church. It may be a saint truly important to your family that merits a day of prayer and contemplation. April 21 is also the First Day of Ridvan in the Baha’i faith, Orthodox Christians commemorate the Holy Martyr Eupsychios on April 22 and wider Christianity recognizes April 23 as St. George Day. Those absences are excusable under state law, and it is improper for the school to inquire into the sincerity of your beliefs. 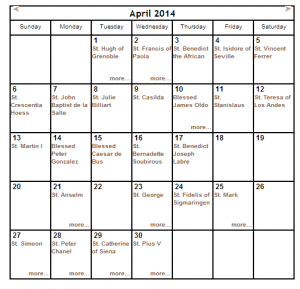 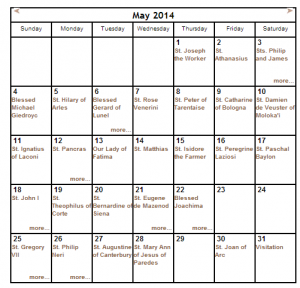 2. Being sick is not automatically excused. Notice what is missing in the statutory list of excused absences — illness. Absences for illness are strictly a local concern and you must be certain to comply with whatever policy your school district has to the letter! Scheduling a doctor’s appointment does not create an excused absence under state law. The statute specifically provides that to be excused for a doctor’s appointment, the student must either start or return to class on the same day as the appointment. If you meet that requirement (even if the child is at school for only five minutes), the absence must be excused.  Many parents utilize this provision by assuring that the child either leaves school for the appointment before STAAR testing begins, or returns to school with insufficient time remaining for the child to take the STAAR assessment.

3. Truancy laws have two components: credit and crime. The first component is what is called the 90% rule. It states that a student “may not be given credit or a final grade for a class unless the student is in attendance for at least 90 percent of the days the class is offered.” (Tex. Educ. Code sec. 25.092 (a)). Missing a week probably won’t put your student at risk, but if they have a lot of other absences, this could be a problem. The 90% rule applies to BOTH excused and unexcused absences, so make sure you count all the absences when you do the math. Also, the 90% is more like a 90% guideline. A student who is in attendance for 75-90% of the classes may be given credit after review by an attendance committee.

4. The crime component may not apply if your child is under age 12. Sec. 25.0951 of the Education Code requires a school to make certain truancy referrals. It is mandatory for the school to refer a student and parent to the appropriate court if the student, without excuse, fails to attend school for “10 or more days or parts of days within a six-month period in the same school year.” It is optional, but permitted, for the school to make the referral if, again without excuse, the student “fails to attend school without excuse on three or more days or parts of days within a four-week period.” The key though, is this: parental liability is tied to student absences under Sec. 25.094. On its face, 25.094 only applies if the student “is 12 years of age or older and younger than 18 years of age.” Threats about truancy referrals for children under age 12 seem to be nothing but bullying and coercion. Whether the parent can still be referred is an open question.  You may wish to consult a criminal attorney about this if you have concerns, however. The age limit does not affect the 90% rule.  Please note, we believe schools will refer parents for absences of children under age 12.  The child should not be liable, and the parents can argue that the statute is vague and does not apply to them, but we believe there is a good chance a court will enforce it at the trial court level.

Note: If you have been threatened with a truancy referral for a child under age 12, please complete an Incident Report so we can track this abusive behavior!!

5. Are there any other options? Yes. If you have a district that is going to make a truancy referral, or insists that your child must sit in the testing room even while refusing the test either on test day or make up day, you do have the ultimate weapon. Withdrawal. Because Texas recognizes home schooling, you can always withdraw your child from public school the day before the STAAR and re-enroll after the last makeup day. The Texas Association of School Boards has advised the schools that they must honor these withdrawal and re-enrollment requests. One funny note from the statute — in order to meet compulsory attendance standards, your home school must include a study on good citizenship. Maybe you can study the constitution or the fundamental liberty interest that parents have in the education of their children!