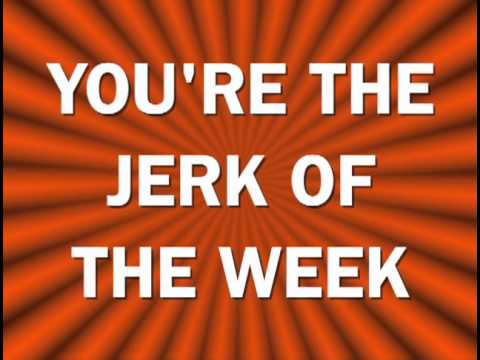 The Jerk of the Week award is not given out every week. It’s only given out when someone engages in particularly jerky behavior. Our winner this week is none of than Austin Chamber of Commerce vice president (sorry, SENIOR vice-president) Drew Scheberle. Young Mr. Scheberle is quite the accomplished scholar. Growing up in the affluent Northern Virginia suburbs, Mr. Scheberle attended James Madison High School in Vienna, VA. James Madison is currently an 80% white/Asian-American school; presumably it was even whiter back in the 90s. Even today it’s Hispanic population is only 11% with African-Americans comprising 2% of the student body. Less than 6% of its students receive ELL services. Obviously, he is personally acquainted with the challenges facing Texas high schools. Following what we can only presume was a stellar high school career, Scheberle attended the private Trinity University (current tuition $36,000 per year). Here his exposure to African American students would have risen 50%, since they comprise 3% of Trinity’s student body.

Mr. Scheberle has earned this award for his testimony before the Senate Education Committee in opposition of SB 463, which would make permanent the extremely popular and successful implementation of Individual Graduation Committees that were created on a temporary basis by the 2015 legislature. Individual Graduation Committees let students who have passed 3 of 5 End of Course STAAR exams be reviewed on an individual basis for graduation with their class. These students must, at a minimum, have earned all the credits in the classroom that are required for graduation. A variety of factors are required to be considered and either a project or portfolio of work must be part of the process. Of course the Austin Chamber and the Texas Association of Business both opposed SB 149 in 2015, claiming it would lead to what they termed “social graduation,” playing on overstated fears of “social promotion.” Over the last two years, the data shows that nothing of the sort has happened. Rather, students are individually reviewed and carefully screened for readiness for graduation. Only about 2/3 of students reviewed are actually approved for graduation.

Believing it his duty to advocate for more test bubbling proficiency for graduation (a real world skill notably absent from any job requirements at any Chamber member we could find), Scheberle rose to the challenge! “Continuing to lower the bar is not helping,” said Drew Scheberle, vice president at the Austin Chamber of Commerce. “There are always going to be students who are right on the margin.” (Texas Tribune Article) .Now, it might be too easy to point out that a law that keeps the bar exactly where it is can’t really be said to be “lowering” the bar, but Scheberle was all in. Challenged by Sen. Kel Seliger, the author of SB 463, Scheberle was asked if he could support “the graduation of a student in Flower Mound who failed to pass one required [EOC exam] in social studies?” Snootily raising his Trinity-educated nose, Scheberle scoffed that “I would give her a GED if she earned it.” Bad idea, Drewski, bad idea. Sen. Seliger wasn’t speaking in hypotheticals. He was speaking on an actual FMHS student who graduated by IGC and now maintains a 3.6 GPA at Oklahoma Christian University. And he could have been speaking of any of the thousands of IGC graduates now making their futures in universities, community colleges, trade schools and the military, thanks to IGC process.  For many students who are English Language Learners, suffer from learning disabilities or medical impediments (and some who are just bad test-takers but perfectly proficient in the classroom), the IGC process is their only road to a diploma.  But for Country Club Drew, their worth and ability is only definable in terms of test bubbles.

For this amazing show of arrogance, snobbery and general jackassery, we congratulate Drew Scheberle, TPERN’s Jerk of the Week.