In order to entice a refusing student to take STAAR, an assistant principal told a 5th grade student that she had just spoken to his mother who had called and wanted him to take it.  The child was only at school because the mother had called and asked if there were makeup tests that day.  After putting her on hold, the office told her there were no makeup.  The school denied that she ever called, but was confronted with cell phone records detailing the call. (2014)

The district worked with parents to create on campus alternate activities to STAAR testing.

Created a district refusal procedure that promises no adverse action against students for opting out.

Created in office refusal for opt out kids, allowing them to refuse assessment with parent witnessing, and return to class on the first makeup day.  This was a negotiated agreement after parents retained counsel.

A campus principal called an opt out parent whose kid was on campus on a make up day to let the parent know that they needed to pick the child up to avoid having the assessment presented to the child.

Following publication of the “monetary fines” letter on txedrights and extensive discussion on social media, the administration at the Aledo ISD elementary school that conceived the program has revisited the punitive approach and decided instead to implement the program with a focus on encouraging students.  TPERN is pleased to see that the program has been reconsidered and modified to be non-punitive in nature.  We hope this incident gives occasion to reflect upon how the pressure to perform on STAAR impacts the learning environment for principals, teachers, parents and students alike. 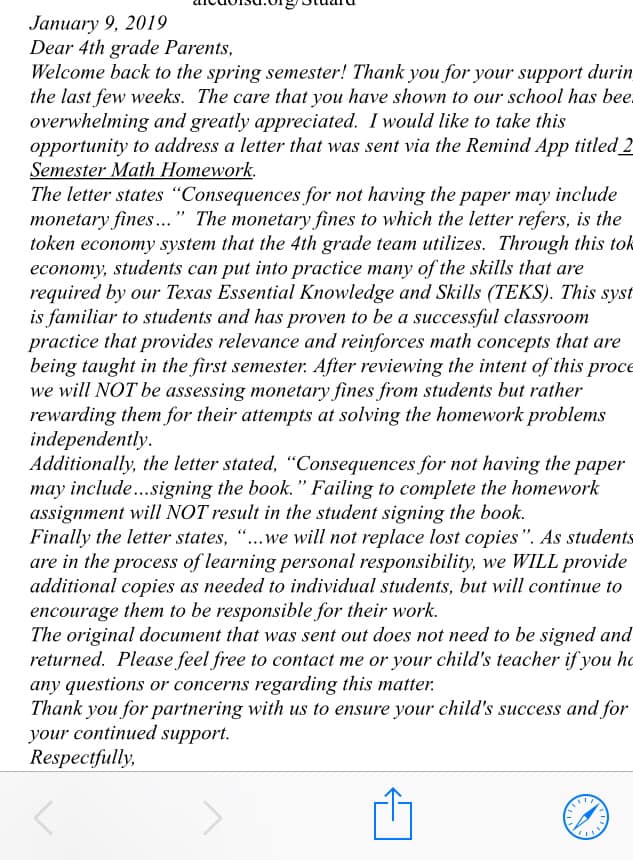 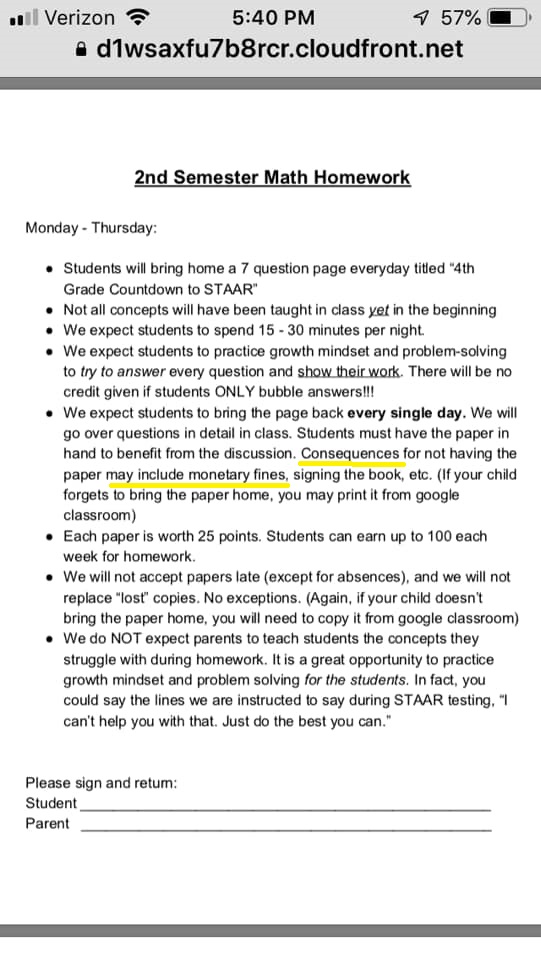 According to parents, an Aledo ISD 4th grade class has been told to prep or pay!  While this is extreme (and in fact may reflect some type of fake reward money), the obsession with testing and test prep leaps off the page at you.  Consider this the next time someone tells you that STAAR prep isn’t driving the curriculum:

The mindset behind these spring STAAR policies is as warped as the curriculum.  Aledo ISD should denounce this ill conceived plan and focus on learning, not prepping for standardized assessments.